HMS Victory: Naval Discipline in the Age of Nelson

“Do not you know that you are under martial law? That if you was to stir without my leave, I should be obliged to put an R against your name, have you taken up, brought back in irons and most severely punished? What do you say to a flogging through the feet, ha?” – Patrick O’ Brian, Post Captain.

There are all kinds of popular images associated with naval discipline in the late eighteenth and early nineteenth centuries, and indeed it is not a subject that has gone unchecked by historians. However, rather than tyrannical captains supressing their crews (which was sometimes the case), naval discipline in this period was more an incredibly fine line between disobedience and mutiny, or complete co-operation and success.

The fragile nature of life aboard a Napoleonic warship ensured discipline was always paramount in keeping the vessel together, in terms of both performance and unity. Without effective discipline, many of the crew who were unhappy with their lives (such as those who had been forcibly pressed) could undermine the hierarchy and ultimately lead to a potential mutiny. Therefore, discipline was strict and consisted of numerous methods of punishment. Forms of punishment were also changing; some of the older methods of punishment in the navy were no longer in use by the time of Nelson and HMS Victory. These included ‘ducking’ and ‘keelhauling’ – the latter being the method of rigging the offender from a yard arm, plunging him into the water, dragging him along the underside of the ship and out again on the other side.

Flogging is a huge part of naval history, and it is remarkable how much naval folklore has made its way into modern language

Of course, the punishment would depend on the crime committed. For more minor offences, a captain might resort to stopping or reducing the men’s daily grog allowance. Other Naval privileges such as their tobacco (two pounds per month, issued free) might be reduced. Given the sailors’ attitude toward these, and the huge impact they had on the morale and content of the crew, they also acted as a deterrent. This did not stop drunkenness being one of the most common problems aboard these ships, for which the offender would be put in irons or more likely flogged against a grate.

Flogging is a huge part of naval history, and it is remarkable how much naval folklore has made its way into modern language (‘the cat’s out of the bag’). The cat-o’-nine tails was a rope spliced into nine strands each with numerous knots along its length, kept in a bag until use, and sometimes spliced by the offender himself. Flogging demonstrates the almost ceremonial nature of discipline at this time; the ship’s company would be mustered and the man to be flogged would be lashed to a grate, while the number of lashes to be given was entirely at the captain’s discretion – usually about a dozen. Flogging was a brutal and horrendous punishment, but it acted as a clear warning to the crew. A far more serious punishment would be ‘flogging round the fleet’ whereby the offender was literally rowed around the ships in the fleet to receive a flogging from each in turn.

Figures like Nelson in themselves often inspired fierce loyalty and respect

Like all punishments however, they were sometimes abused by those in authority. While at sea the captain’s word was the only word, and again, this reflects the fine line in naval discipline between mutiny and success; some captains were utter tyrants who flogged and had their crews beaten for even minor offences. Others were not harsh enough, which led to other officers bullying the crew and acting as tyrants themselves. Famously Collingwood (who assumed control of the Battle of Trafalgar after Nelson was wounded) didn’t agree with the principle of flogging, but still maintained an effective and loyal fighting ship. Others such as Lord Nelson had immense experience in the hardships of life at sea, and knew the effects such a life had on the crew. Figures like Nelson in themselves often inspired fierce loyalty and respect, and so ultimately the reputation of a leading officer was in some cases enough to maintain discipline through loyalty.

Naval discipline in the Napoleonic era was a complex affair. Punishments were severe and often what might seem like minor offences were dealt with in a brutal fashion. However, with a vessel facing hardships at sea, with unwilling pressed men, and with only one man who had the ultimate final word, it was a wooden world that had no alternative but to be held together by effective discipline and deterrent. It was a principle in itself that would prove to be decisive at the Battle of Trafalgar on 21st October 1805. 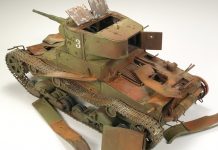 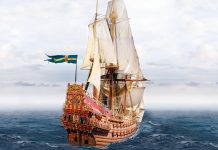 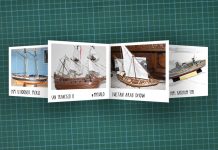