Search the blog
Home 3D Printing Build Your Own 3D Printer, the idbox!

Build Your Own 3D Printer, the idbox!

Anything you can imagine, you can make! Easy!

De Agostini ModelSpace launched their 3D Printer. The idbox! is a lightweight, compact and stylish machine that is easy to work with, and has a fast modelling speed.

Your idbox! 3D printer makes you part of a rapidly expanding worldwide community of ‘makers’. This 3D printing world covers a vast range of ideas, projects and products, and its members range from individuals designing and making in their home or workshop, to vast corporations manufacturing 3D-printed prototypes and products in a range of materials from plastic to metal.

Wherever you’re located in the 3D printing world, you can be sure that the global community is teeming with ideas, inspiration and advice on every aspect of creating with your 3D printer. It’s a world of mutual support, and the best place to start is with the idbox! – Build you own 3D printer.

While 3D printing technology is just now finding its way into the homes of enthusiastic early adopters, it has actually been around for a couple of decades. 3D printing got going in the late 1980s and early 1990s when industry’s need to create rapid prototypes of products and parts encountered the new 3D printing technologies developed in hotbeds of tech innovation like the Massachusetts Institute of Technology (MIT) in the USA.

To begin with, entry to the 3D printing world required a big investment, and membership was restricted to those with very deep pockets. But as the technology progressed and proved its worth, 3D printers got better, smaller and cheaper. By 2010, 3D printing had built up an unstoppable head of steam, and now anyone who wants a 3D printer can have one.

As 3D printing has spread from its industrial nursery, the 3D printing world has expanded vastly from its origins into all kinds of different environments and areas of human creativity. And home users are at the forefront of those finding new ways to use the technology, doing everything from printing 3D figurines to mobile phone cases to replacement front door keys or washing machine parts – and a million things besides.

Medical researchers are 3D printing replacement human organs and bone for crash victims. Doctors can produce prosthetic limbs in less time and at lower cost than previously. NASA is investigating 3D printing to produce spare parts on site for the space station. Fashion designers are 3D printing amazing made-to-measure sculptural clothes and shoes… the possibilities are as limitless as the imaginations of the people using the technology.

What is a 3D Printer?

To join this 3D printing world, of course, you need a 3D printer. But what is a 3D printer? How does it work, and what does it do?

3D printing is what is known as ‘additive manufacturing’ – using a component material, it builds up a three-dimensional object layer by layer, with no waste. This is in contrast to traditional techniques of ‘subtractive manufacturing’, which cut, mill or grind away at a material to make an object, producing substantial waste material.

Many traditional sculpture techniques, for example, involve the artist hacking away at a block of marble or some other material, discarding much of it, to create the object; but a 3D-printed sculpture is built from the bottom up, layer by layer, with no waste material at all. Each of the layers is, in effect, a thin horizontal slice of the object.

An important difference comes from the fact that before the 3D printer can output the object, it has to be created or exist in the virtual world, in the form of a computer file that describes its shape in digital form. But this does not mean that the artist or, for that matter, the home user, has to be proficient in computer coding. There are many ways to create virtual 3D objects, from using simple to operate 3D design programs, such as Autodesk123D (see below), to using digital photos and 3D scanning of real objects.

However the design is created, it then has to be turned into a solid object by the printer and like conventional printers, 3D printers have a nozzle or nozzles from which the printing material is extruded. Different printing techniques employ different materials, such as powder, liquid glue or, as in the case of the Fused Deposition Modelling technique used with the idbox!, thermoplastic filament supplied on a reel. Filament comes in different colours, but you can only use one colour in one printing session.

The printer nozzle moves horizontally and vertically. The filament is heated in so as to melt it as it emerges. It then hardens almost immediately. idbox! can use two different but similar types of 1.75mm thermoplastic filament, PLA and ABS. PLA tends to be more rigid, while ABS is more flexible and better suited to objects made of interconnecting component parts. So how do you get your creative concept into 3D-printed form? In addition to your idbox! you need two programs. First, a software package in which you can design your 3D model and, second, software that can instruct the printer to produce the design.

Autodesk 123D is the ideal design package – and one that’s free to download and use, with versions for PC, Mac and Linux. Its graphic interface allows you to create 3D designs with ease and with speed. Click and drag shapes and forms onto the screen, or you can download ready-made 3D models from the Model Library for instant printing or for modification.

But that’s not all Autodesk 123D offers because there are also apps available that increase your range of model-making options. 123D Catch makes it easy to create 3D scans – ideal for printing that mini-me, or any other object.

Repetier Host – also free to download – is the software that translates your 3D design into instructions the printer understands. It allows you to resize the object then works out how the model can be printed by slicing it into the correct number of layers and computes the path the print nozzle must take to build the object. Plus it monitors the printer throughout the process.

Put your creativity together with the software and the idbox!, and you have all you need to join the 3D printing world at home. 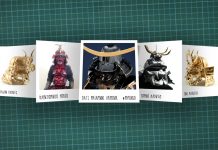 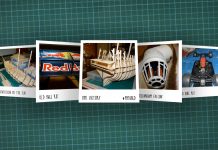 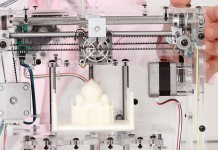