Whether you watched during its initial release in the 1960s, or caught one of its numerous re-runs since, it’s fair to say that Thunderbirds is a British television institution. With its innovative approach to puppetry, its high action and adventurous storylines, and its global appeal, Thunderbirds has captured the imaginations off children and adults alike. But what brought this incredible show to life, and how has it continued to gain recognition today? Read on as we explore some of the fascinating history behind this unforgettable show.

Cutting their teeth on other puppet-driven television shows such as Supercar and Fireball XL5, co-creators Gerry and Sylvia Anderson had a desire to broaden their audience appeal by targeting adults as well as children. With this in mind, Gerry Anderson drew inspiration for the show from a disaster involving West German miners in 1963.

This tragedy, known as the Wunder von Lengede (Miracle of Lengede), occurred when 500,000 cubic metres of dirty water from a sedimentation pond flooded the Lengede-Broistedt Iron Mine. While 79 of the 129 miners escaped within the first few hours, 19 were killed directly in the disaster, leaving a further 31 trapped underground. Various dramatic techniques were used to rescue these remaining miners, including the use of a makeshift float, an air bubble, and drilling. 21 of these miners were eventually saved, but 10 more passed due to complications and the extended time it took to free them. Identifying a need for a more efficient rescue response, Gerry Anderson conceived the Thunderbirds “International Rescue” organisation which could respond more quickly to major disasters or world events.

The Creation of “Supermarionation”

While working at AP films in 1960, where the couple met, Thunderbirds co-creators Gerry and Sylvia Anderson developed a unique system for bringing to life their marionettes in a way that had never been seen before.

This system, coined “Supermarionation” by Gerry Anderson, involved pre-recording the voices, which would then be played back during filming. Each marionette’s head contained filters which converted the dialogue into pulses, which in turn travelled to solenoids in the puppet’s lips. Triggered by the pulses, these solenoids enabled the mouth to move in time with recorded speech.

Below is a list of the Anderson’s television shows which included their “Supermarionation” technique:

A Change in Name

During development of the show, the working title “International Rescue” was used, with the heroes’ vehicles also named Rescues 1 to 5. But this was all to change, after Gerry Anderson read a letter from his brother Lionel, an RAF flight sergeant in WWII. While he was stationed in Arizona, Lionel made mention of a Thunderbird Field – a United States Army Air Forces base. Gerry was ultimately inspired, changing the show’s name to the more impactful Thunderbirds that we know and love. Although Thunderbirds was a British production, Gerry Anderson stated that it was created “as an American show”, due to the importance of global distribution to counter the rise in filming costs. This transatlantic focus therefore informed key elements of the show, including the casting and also the scripts, which were written in American English.

Unfortunately, the goal to sell the show to a US television network was not achieved, meaning Thunderbirds only filmed two series comprised of 32 episodes in total. The show was however distributed to 30 countries outside the UK before its debut, including Australia, Canada, Japan, and the US. Although its television run was shorter than planned, two feature-length film sequels were produced in the 1960s. The first, Thunderbirds Are Go, focuses on the spacecraft Zero-X, which requires International Rescue’s help to first provide security at its second launch, and then assist in its return to Earth. Released in 1966 and featured cameo puppet appearances of celebrities Cliff Richard and The Shadows, who contributed to the film’s score. Although it received some positive reviews, the film failed at the box office.

Despite this, a second sequel was produced – the 1968 released Thunderbird 6. Intended as a lighter cinematic offering than its predecessor, the film follows the International Rescue team on Skyship One’s maiden round-the-world journey, with evil mastermind the Hood attempting to procure secrets of the Thunderbird vehicles. The film featured the guest voices of actors Geoffrey Keen and John Carson, and also features live action footage of a vintage Tiger Moth biplane. Again the film did not fare well at the box office, ensuring no production of any future sequels.

Additional feature-length Thunderbird productions include three compilation films made of television episodes – Thunderbirds to the Rescue, Thunderbirds In Outer Space and Countdown to Disaster, as well as the 2004 Jonathan Frakes directed live-action film, Thunderbirds.

The Thunderbirds may not have had a long television run, or achieved wide-spread film success, but its impact on pop culture is undeniable. Spawning a wide range of Thunderbirds-themed products, including toys, video-games, and scale models such as our 1:144 Thunderbird 2 prop replica, it is safe to say that the show will continue to live on in the hearts and minds of fans for many years to come. Do you remember when you first watched Thunderbirds, and do you have a favourite episode? Let us know in the comments below, or share your experiences on our social media channels! 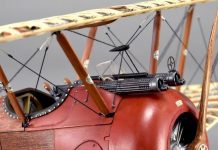 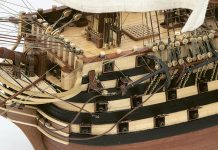 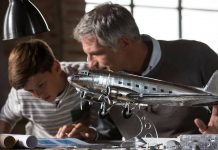