The HMS Bounty, also known as the HM Armed Vessel Bounty, was a merchant vessel that the Royal Navy purchased in 1787 for a botanical mission. Under the command of William Bligh, it set sail for the South Pacific, where it was meant to pick up breadfruit plants and deliver them to the West Indies. Unfortunately, the mission was never completed. Instead, there was a mutiny in 1789, led by lieutenant Fletcher Christian – this became famously known as “the mutiny on the Bounty”. Read on to discover this fascinating tale of power and betrayal on the high seas!

On 23 December 1787, the Bounty took off from Spithead, England, bound for Tahiti. Initially, the crew tried to go west, rounding Cape Horn, but the weather blocked this path. Captain Bligh steered them east, around Cape Agulhas and across the Indian Ocean. During this time, Bligh replaced his Sailing Master John Fryer, with Fletcher Christian. This tarnished Bligh and Fryer’s relationship, with Fryer claiming this as a personal act against him. After approximately 10 months at sea, the HMS Bounty arrived in Tahiti on October 26th, 1788.

Over the next 5 months, the Bounty’s crew collected 1015 breadplants to be transported, and spent their time ashore in Tahiti, which was then known as Otaheite. While there, Bligh and his crew cared for the plants, and became accustomed to the Tahitian way of life. They embraced the Tahitian’s culture and customs, with many of the crew even getting traditional tattoos. The new Acting Lieutenant and Master’s Mate, Fletcher Christian, also married a Tahitian woman, Maimiti. This was a fruitful time for other warrant officers of the HMS Bounty, who formed their own connections with the native women. But after 5 months ashore, the Bounty departed on April 4th with its cargo of breadfruit.

Approximately 2,100 kilometres (1,300 miles) west of Tahiti, and not far from Tonga, mutiny hit the HMS Bounty. Though many threats were thrown around, this was a bloodless mutiny, and there was little struggle beyond Captain Bligh himself. Aside from Bligh and Christian, there were 42 members of the crew on board. Of those, 22 sided with Christian in mutiny, with 18 loyal to Bligh, and 2 remaining passive.

With the open seas before them, Bligh and his men travelled 6,500 kilometres from Tofua

Bligh, the surgeon’s mate Ledward, the ship’s clerk, and two midshipmen were ordered into the ship’s boat. Many other men refused to remain aboard the Bounty, instead choosing to join Bligh. Once off the ship, these discarded men sailed their open boat 56 kilometres (30 nautical miles) to Tofua. They sought much needed supplies, but had no choice but to flee after natives attacked and killed one of their men.

With the open seas before them, Bligh and his men travelled 6,500 kilometres (3,500 nautical miles) from Tofua. 47 days later, with the rest of his crew still with him, Bligh touched down at the Dutch settlement of Coupang, Timor.

Journey of the mutineers

Free of the former captain and his crew, the mutineers reached the island of Tubuai, where they attempted to settle. But they were greeted by bloody conflict with the natives, and after 3 months they were forced to return to Tahiti. It was here that 16 of the mutineers chose to remain, hoping to evade the Royal Navy that sought to bring them to justice. 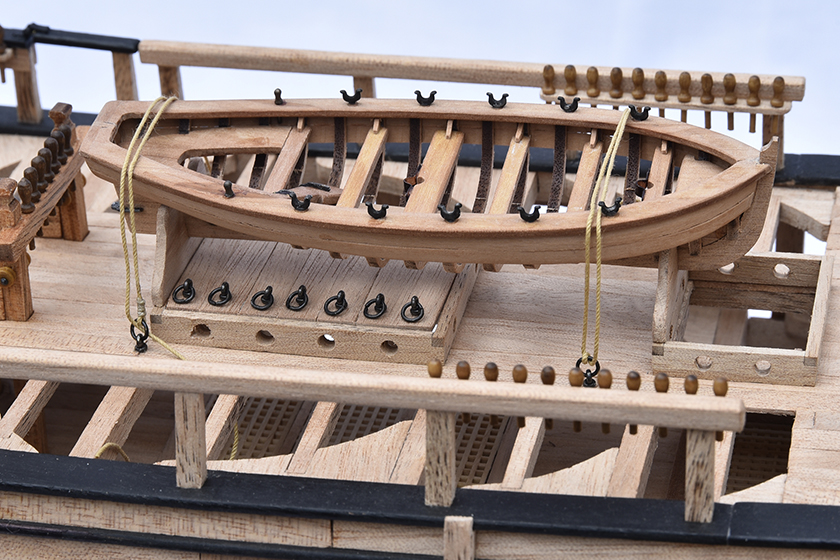 Fletcher Christian, along with 8 crewmen, 6 Tahitian men, 11 women, and a baby, fled Tahiti to evade the Royal Navy. On their voyage they passed by Fiji and the Cook Islands, but did not stay there out of fear. Instead, they sailed forth, and eventually rediscovered Pitcairn Island on January 15th, 1790. At the time, this island had been misplaced on the Royal Navy’s charts. The decision was made to remain here, with provisions and livestock moved from the Bounty to dry land. To ensure that they would remain undetected, and to prevent any of the crew from leaving, the HMS Bounty was set alight on January 23rd, 1790, in what is now known as Bounty Bay.

The mutineers, having successfully evaded capture, remained undetected on Pitcairn Island until February 1808, some 18 years later. The sole remaining mutineer, John Adams, along with the surviving Tahitian women and children were found by Captain Mayhew Folger, commander of the Boston sealing ship Topaz.

To this day, the HMS Bounty remains one of the world’s most famous 18th century ships. Explore the inner workings of the ship’s hull, and experience what it was like to build such an impressive ship with our 1:48 scale HMS Bounty Admiralty replica! 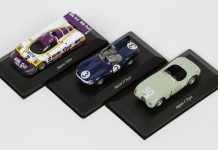 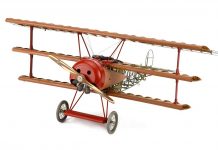