The legendary Douglas DC-3 is one of the most important aircraft in aviation history. This superb 1:32 scale model is 24 inches long with a wingspan of more than 35.4 inches, and every detail of the original faithfully recreated.

Order your Douglas DC-3 full kit online today and receive everything in one shipment.  Comes complete with a beautifully illustrated magazine also tells you the story of the DC-3 and your detailed Assembly Guide.

From its first flight in 1935, this revolutionary twin-engined plane flew further and faster than ever before, opening new frontiers in the air and embodying the very latest in modern flying technology.

Embark in an amazing modelling experience with the fabulous reproduction in 1:32 of the Douglas DC-3. Every fascinating detail on this iconic aircraft is faithfully recreated such as the DC-3's powerful engines combine laser-cut plywood, die-cast metal and photo-etched components. Realistic working landing gear recreates the thrill of taking off or landing in a Doulgas DC-3. Sections including top of the passenger cabin and the cockpit are held in place by magnetic closures and can be removed for closer inspection. Pan American World Airways decals are provided with your parts to recreate the livery of a classic Pan Am DC-3.

In each pack, you will discover the fascinating history of the Douglas DC-3, from the creation of the plane in the civil aviation boom of the 1930s, through its valiant war service and the glory days of air travel in the 1950s and '60s. You'll find a wealth of information about the career of this remarkable aircraft, which, 80 years after its first flight, is still being flown by many countries around the world.

Even as a model-making novice, you can assemble this unique 1:32 scale model with clear step-by-step instructions we provide to show you how to assemble and finish the parts - every step of the way. Even if you've never tried this type of project before, you'll be able to put your Douglas DC-3 together in easy stages, learning the skills as you go.

BoeingTM, Douglas, and DC-3, the distinctive Boeing logos, product markings and trade dress are trademarks of The Boeing Company.

Key Features of the Douglas DC-3

Year of manufacture
The DC-3 was produced in a long series of variants in the course of the 1930s and 1940s.

Design
Designer Arthur E.Raymond (1899-1999), who helped to create the DC-3, became Chief Engineer, then Vide-President of the Douglas aircraft company. He later collaboarted with NAS on the de sing of the Gemini and Apollo missions

Clear step-by-step instructions show how to assemble and finish the parts - every step of the way. Even if you've never tried this type of project before, you'll be able to put your Douglas DC-3 together in easy stages, learning the skills as you go. 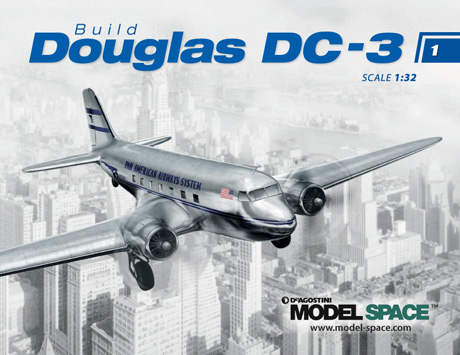 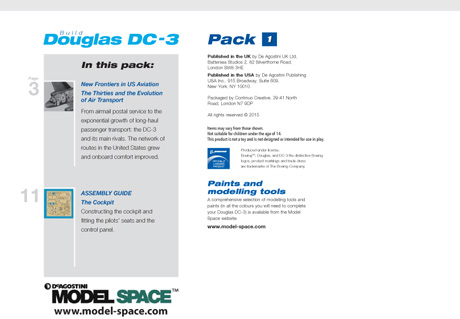 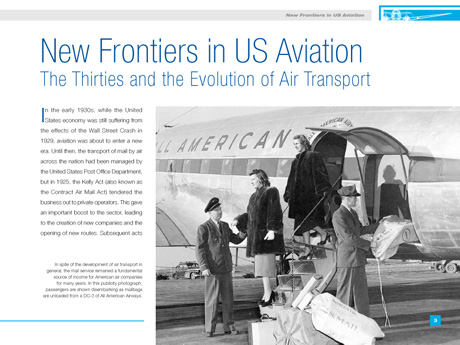 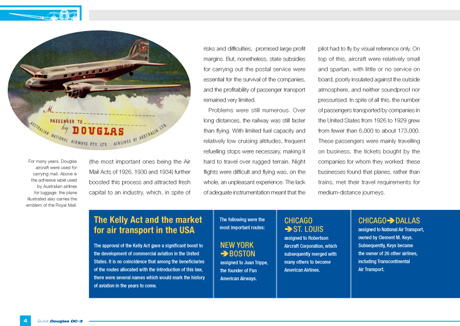 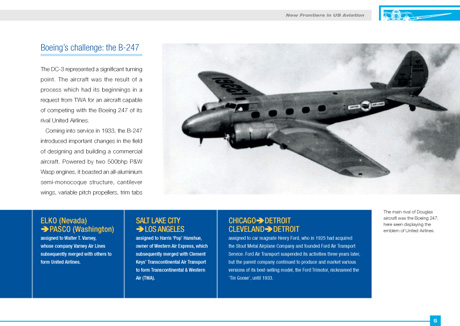 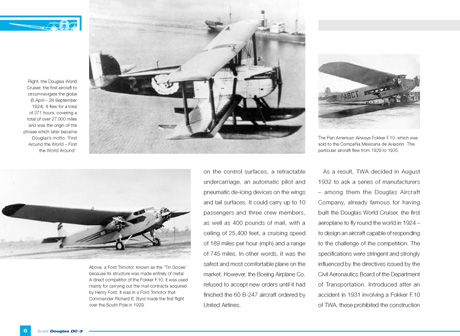 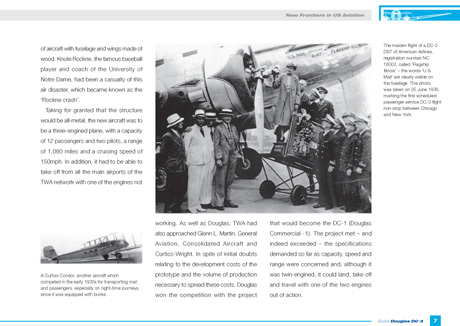 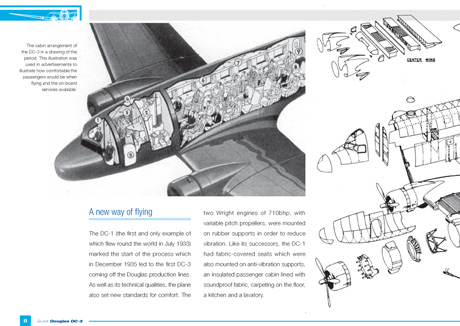 Through your building experience, you will have help from our experts with the easy-to-follow step-by-step assembly guide. You can also watch our Official Video Build Diary on Youtube or take a look also at our exclusive DC-3 Forum and discuss with fellow modellers.
Even as a model-making novice, you can build this unique 1:32 scale model together in easy stages, learning the skills as you go.

The first pack of your order or your complete kit will be delivered to you within approximately 6 to 8 working days from the date your order has been confirmed.

We ship to Canada. Shipping costs are the same for Canada as USA.

If for some reason you need to return a shipment please contact customer service at 877-544-6779 or via email at customerservice@deagostiniusa.com to obtain authorization. We will send you via email a prepaid UPS label that you can print and adhere to the shipping box and drop at your local UPS store or UPS drop box.

If you are not completely satisfied and would like to cancel your model subscription please contact customer service at 877-544-6779 or via email at customerservice@deagostiniusa.com.  We will refund your latest month subscription pack received in the prior 30 days.