Get ready for a premier modeling experience with the Battleship Yamato, the iconic flagship of Japan's World War II fleet in 1:250 scale. This model is not available anywhere else and is a stunning addition to any ship modeler's collection.

The battleship Yamato, the iconic flagship of Japan's World War II fleet, was sunk on the 7 April 1945 about 50 miles southwest of Kyushu island in an overwhelming display of force by the US Navy. Three months later, in August 1945, all the drawings ­ and even the official photographs ­of the ships were destroyed by the Japanese Command in an attempt to protect their designs from the approaching Allied forces.

Working closely with the Yamato Museum in Kure, Japan, De Agostini's master model-maker has developed an incredibly detailed, 1:250 scale model of the battleship Yamato. Using a 1:10 scale replica housed in the Museum as reference, alongside rediscovered drawings and photos from both the Japanese archive and allied reconnaissance photos, the Yamato has been painstakingly researched and rebuilt as a finely-detailed model kit. Consisting of over 500 wooden parts and 1,200 pieces cast in metal, this beautifully detailed model has already been a huge success in its native Japan and was launched for the first time in the UK by ModelSpace.

The battleship Yamato is available exclusively to ModelSpace customers as a series of 11 or 22 monthly instalments, or as a one-off purchase for all of the parts. This model is not available anywhere else and is a stunning addition to any ship modeller's collection. Plus, using detailed step-by-step instructions and clear photography, the Yamato is suitable for both experienced modellers and those new to the hobby.

Clear step-by-step instructions show how to assemble and finish the parts - every step of the way. Even if you've never tried this type of project before, you'll be able to put your Battleship Yamato together in easy stages, learning the skills as you go. 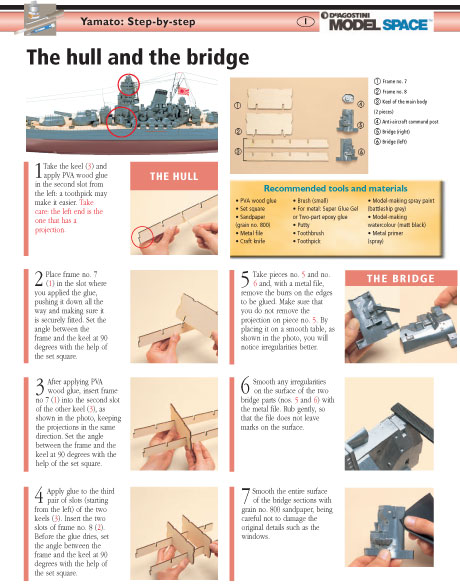 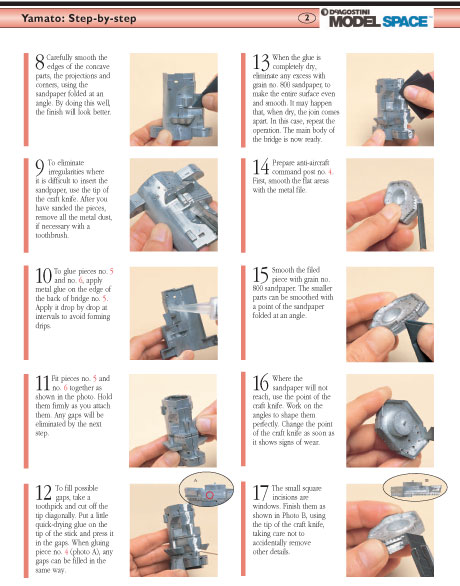 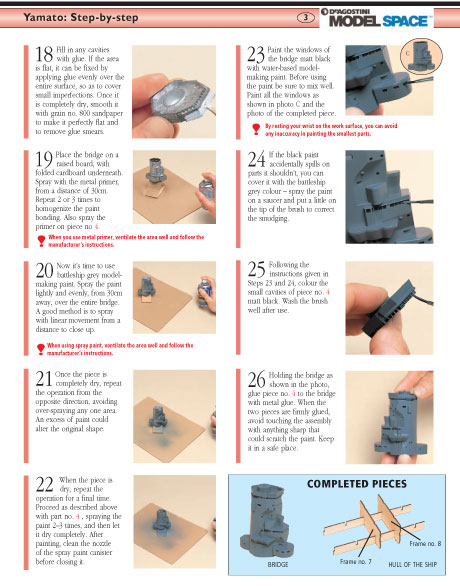 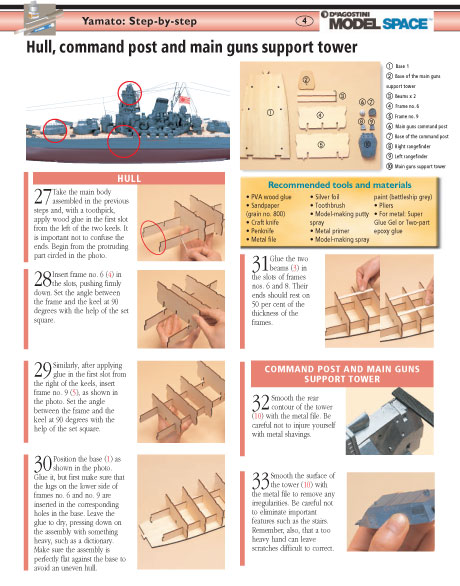 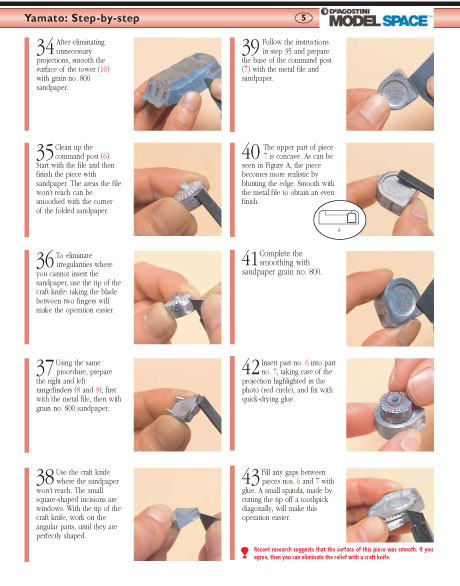 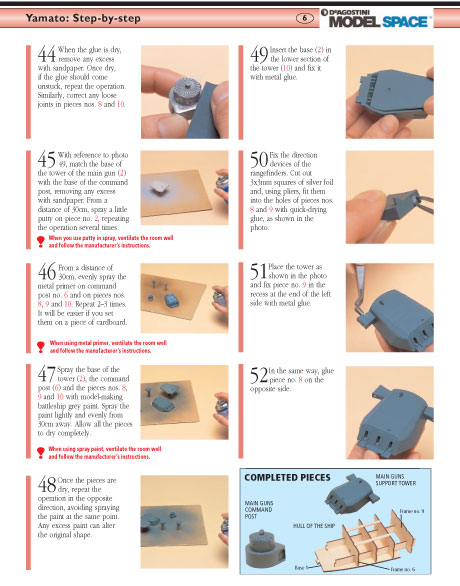 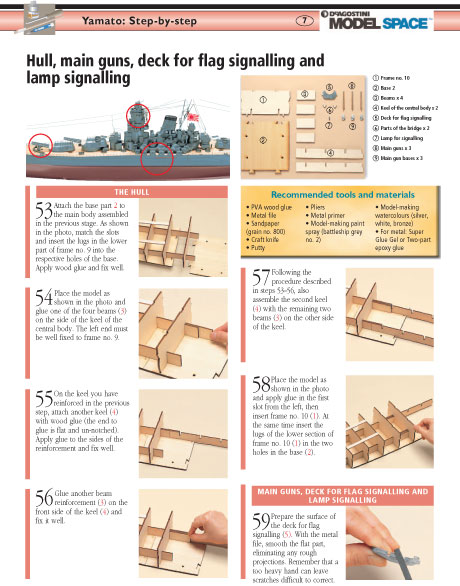 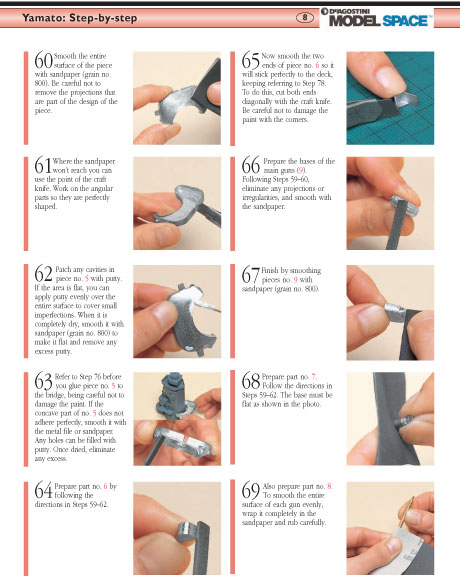 Through your building experience, you will have help from our experts with the easy-to-follow step-by-step assembly guide. You can take a look also at our exclusive Battleship Yamato Forum and discuss with fellow modelers.
Even as a model-making novice, you can build this unique 1:250 scale model together in easy stages, learning the skills as you go.

The first pack of your order or your complete kit will be delivered to you within approximately 6 to 8 working days from the date your order has been confirmed.

We ship to Canada. Shipping costs are the same for Canada as USA.

If for some reason you need to return a shipment please contact customer service at 877-544-6779 or via email at customerservice@deagostiniusa.com to obtain authorization. We will send you via email a prepaid UPS label that you can print and adhere to the shipping box and drop at your local UPS store or UPS drop box.

If you are not completely satisfied and would like to cancel your model subscription please contact customer service at 877-544-6779 or via email at customerservice@deagostiniusa.com.  We will refund your latest month subscription pack received in the prior 30 days.